Graduated in Guitar at the Conservatory of Music "G.B. Pergolesi" of Fermo under the guidance of M ° Claudio Marcotulli. Grown up in a family environment susceptible to the charms of sound arts, Gaetano begins to study classical guitar under the guidance of his father, at the age of six. The matriculation at the secondary school with the specialization in music, allows him to improve the relationship with his instrument and take part in some national music festivals.

2003 - he decides to explore the scratchy and transgressive sounds of pop-rock music, founding the band "Blizzard". After three years of “live” experience in the Agrigento's land, Gaetano leaves the band.

2004 - he enters the Conservatory of Ribera and studies with maestro Riccardo Ferrara. Very important, from the educational point of view, are the meetings with famous guitarists as Santi D’angelo, Gigi Cifarelli, Luca Meneghello and Giorgio Buttitta.

2008 - Gaetano joins a new band, the "Plainsboro", through which he succeeds to draw the attention of a wider audience, reaching the semi-finals at the national festival "Sanremo Rock." Besides the passion for electric guitar, reinforced by periods of study under the guidance of guitarists such as Osvaldo Lo Iacono and Gai Bennici, he continues to deepen the study of classical guitar. In the same year he takes part in a master class in "Guitar and Technique interpretation", held in Catania by Maestro Giulio Tampalini, opening a period of intense experiences and collaborations. In addition, Gaetano has the opportunity to attend two other prestigious masterclasses: one in Altidona, with Claudio Marcotulli, and the second in Messina, with Steve Vai. 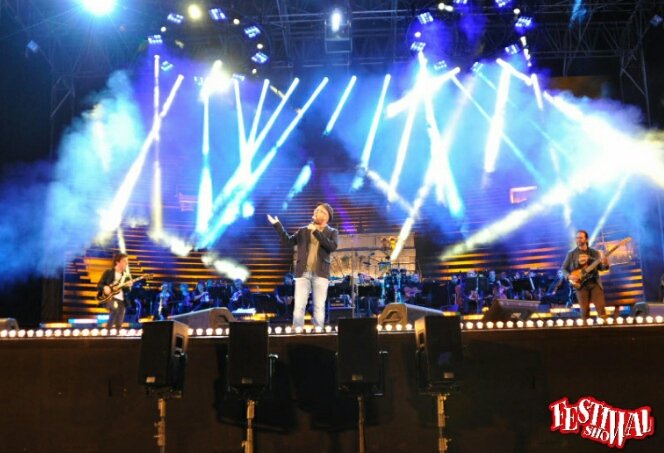 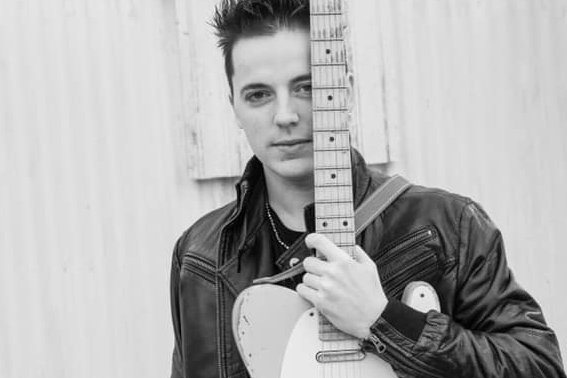 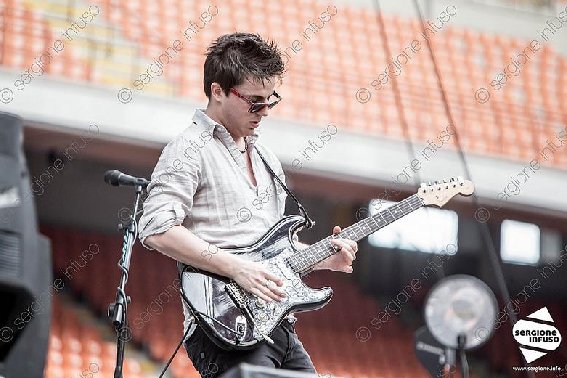 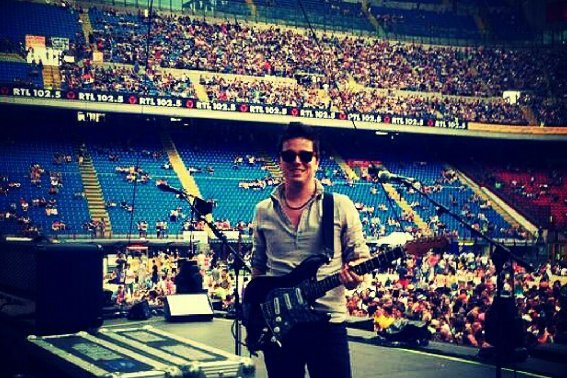 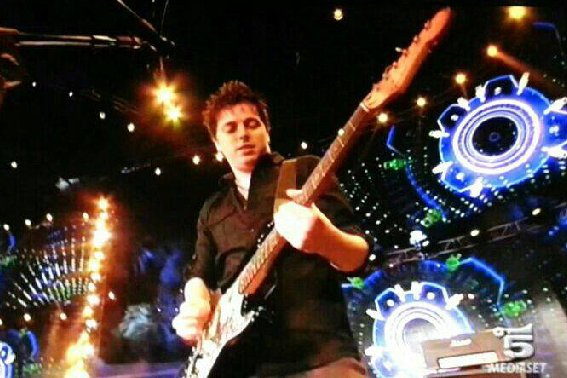 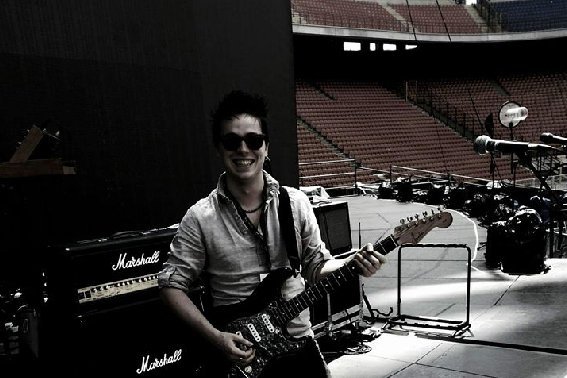 Always in 2010, the young guitarist begins an important artistic collaboration with the singer-song writer Andrea Petrucci, accompanying him in the promotion tour of his first album.

2011 - he performs with Andrea Petrucci throughout Italy, opening concerts for several Italian bands, including Verdena, and participating in music festivals and TV shows. In the same year he obtains the license of "Theory, Solfeggio and Musical Dictation" at the Conservatorio GB Pergolesi of Fermo. Later, he takes part in a "International Masterclass" of guitar, taught by Claudio Marcotulli and organized by the International Music "Maria Malibran".

2012 - he performs with the singer Stefano Filipponi, a finalist in the fourth edition of "X-Factor”.

2013 - he has been choosen like the official guitarist of Stefania Tascafinalist of the famous TV programme “The Voice Of Italy” broadcasted on Rai 2 channel. In December of the same year, his native city awards him the Prize “Ferdinandea” related to the Section Young Talents, promoted and organized by the Messenger of Sciacca.

2014 - Gaetano joins Paolo Simoni’s band, a young Italian singer and songwriter. On May 31th, he takes part in the promotion of the hit-single “Che Stress”, opening the concerts of Luciano Ligabue’s Mondovisione Tour held at the Olympic Stadium in Rome and St. Siro in Milan. In June of the same year he participated with Paolo Simoni at the "Coca Cola Music Summer Festival" which aired on Channel 5, RTL 102.5 and the “Festival Show” at the Arena di Verona.

In 2016 he opens the Concerts of Carmen Russo and Enzo Paolo Turchi, performs with the great Italian drummer Giorgio Di Tullio, with the singer-songwriter Marco Sbarbati, with the singer Silva Fortes for "M'illumino di meno" organized by the BCC, at the Embassy of the Republic of Angola, with Soul System (X Factor 10 Winners), Roshelle, Gaia, becomes Endorser of important brands such as Eko Music Group, La Bella Strings, Stefyline, Cobain Clothing, Magrabò, Essetipicks, Micheluttis Guitars, Romano Burini Custom Guitars , Tefi Vintage Lab, Connetter & Arte, interviewed on the most important and historic Italian guitar magazine "Guitar Club" and is selected as the only Italian guitarist to play at the world music showcase in Miami.

In 2017 with Sebastian Torres & The Italian Orchestra they climbed the Italian music charts with the single “Amapola”, one of the most aired songs on the radio, interviews for national and international TV, (RAI, MEDIASET). Guest at one of the most important festivals in the world in Holland "Embassy Festival". In the meantime, the first video clip published “Last Horizon” shakes great success in the U.S.A, so much so that it has been reviewed and published by various American portals! He participates in the fifth edition of Pizzighettone's “Music Wall” as Endorser for the “Micheluttis” acoustic and electric guitars. In the same year he recorded two singles for the great international artist “Noelia”.

In 2018 the first EP titled Adventure and the Libertango video comes out in all digital stores. Several shows in the best theaters in Italy and abroad (Germany, Slovakia) and collaboration in special events together with Mario Brozzi (Milan Calcio), Ficarra, Lello Analfino and other great singers and actors on the Italian scene! With Libertango it enters the top 200 of the most broadcast songs in Italy, together with the Big names of Italian music: Negramaro, Elisa, Patty Pravo, etc. .. Interviews for various radios, national TVs (RAI 3) and newspapers such as "La Repubblica" as well as being included on "ALL MUSIC ITALIA", one of the largest portals of Italian music

In 2019, an intense year of concerts around Italy and productions for various artists which ended on December 31 for the great New Year's concert with ODM together with Briga, Nesli and Sud Sound System.

In 2020 he deals with the artistic production of the artist Arcadia who comes out with the single Taxi Driver on radio and digitally in the main stores, as well as various reviews in major national newspapers and blogs such as L’Espresso! Enter as a guitarist to be part of the historic British amplifier brand ORANGE and Salvador Cortez guitars. Interviewed on Radio NEWS 24 and on the national monthly “DI TUTTO”.

It opens in 2021 with the concert in Assisi for the European Parliament with Opera Dance Music.

In 2022 he artistically produced Elena Canti and Francesca Maria with the release of their new singles, began the collaboration with Kevin Payne of Amici di Maria De Filippi and became the author and composer for Warner Bros and Discovery in New York. In September of the same year she opens Elisa's concerts in Milan. 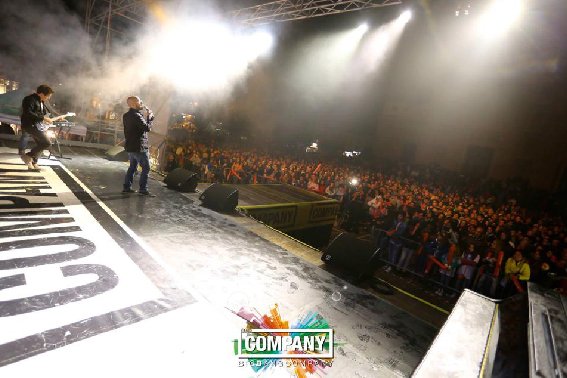 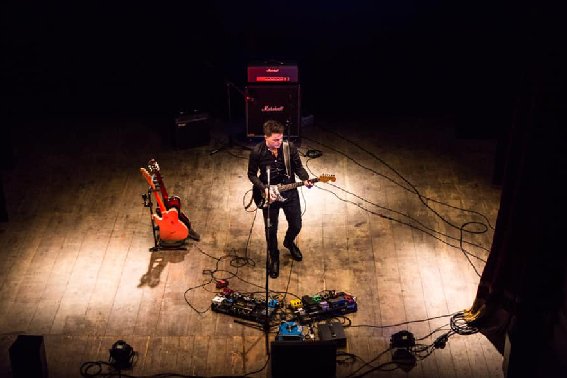 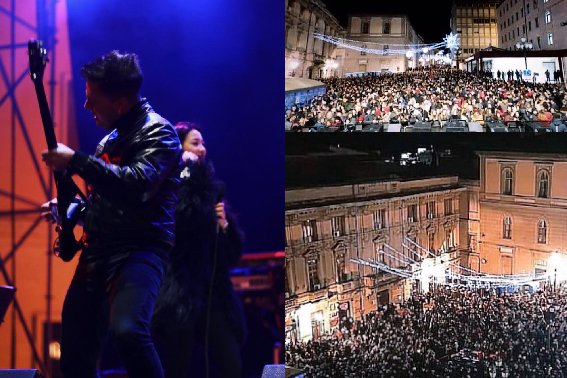 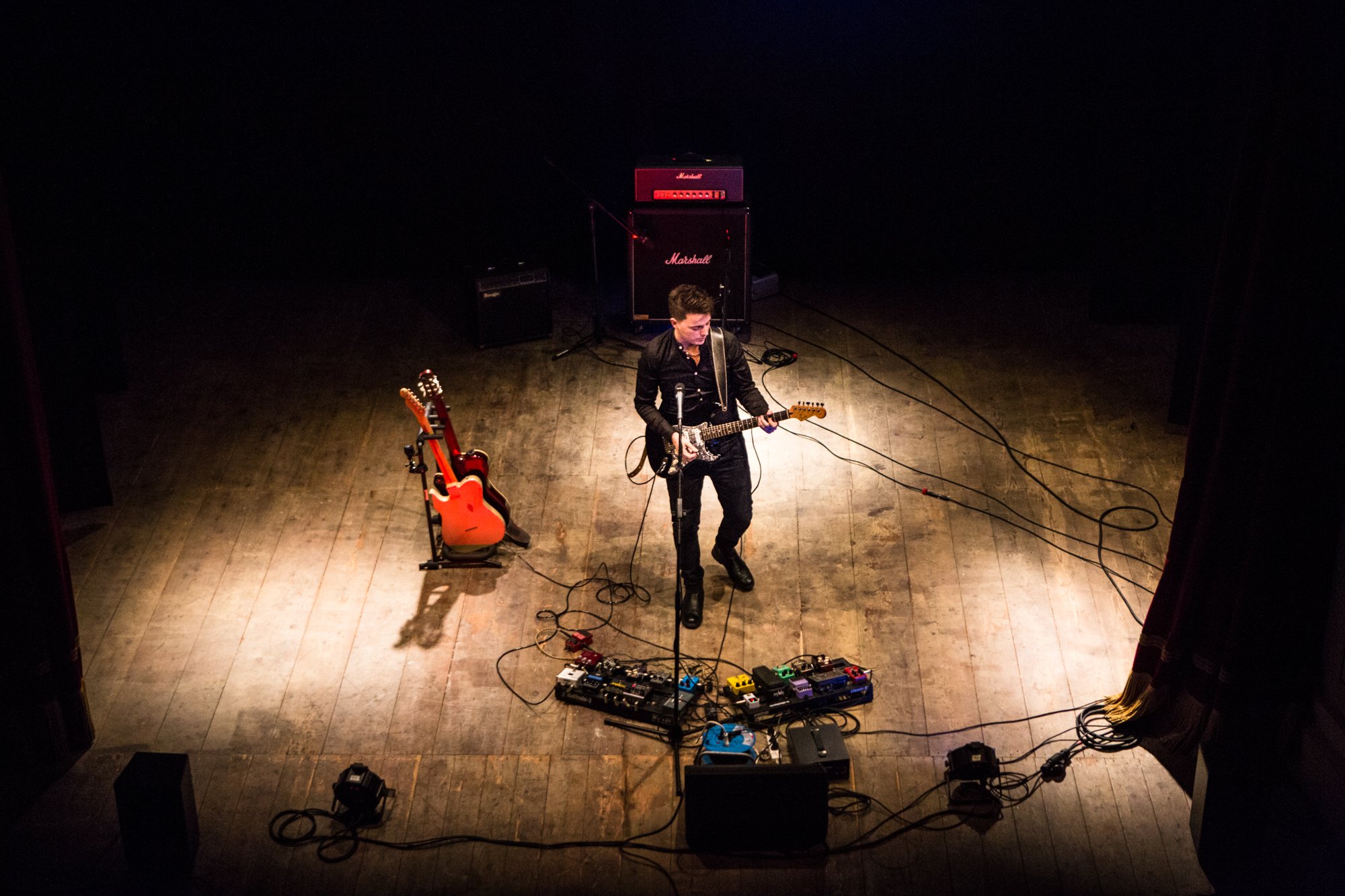